Debating
Livestreaming
Platform
UI Design.
React & Real-time Video Development.
This project won an award at AngelHack London, for best use of the Agora real-time streaming API. I worked primarily on the frontend design, and integration of their API.

After the hack, the project was continued to create a fully fledged platform where users could queue to debate, on a circulating live webcam feed, where users had 30 seconds to express their opinion on the current headlines.

During this time I developed a brand identity which targeted a young, politically engaged audience.

We developed a full business model which would allow integration of the product in the form of a widget on their site, with custom topics: i.e. Best Actor at the Oscars.

Unfortunately due to the high running costs, and the time commitment to build a network of users, the project eventually came to a close. 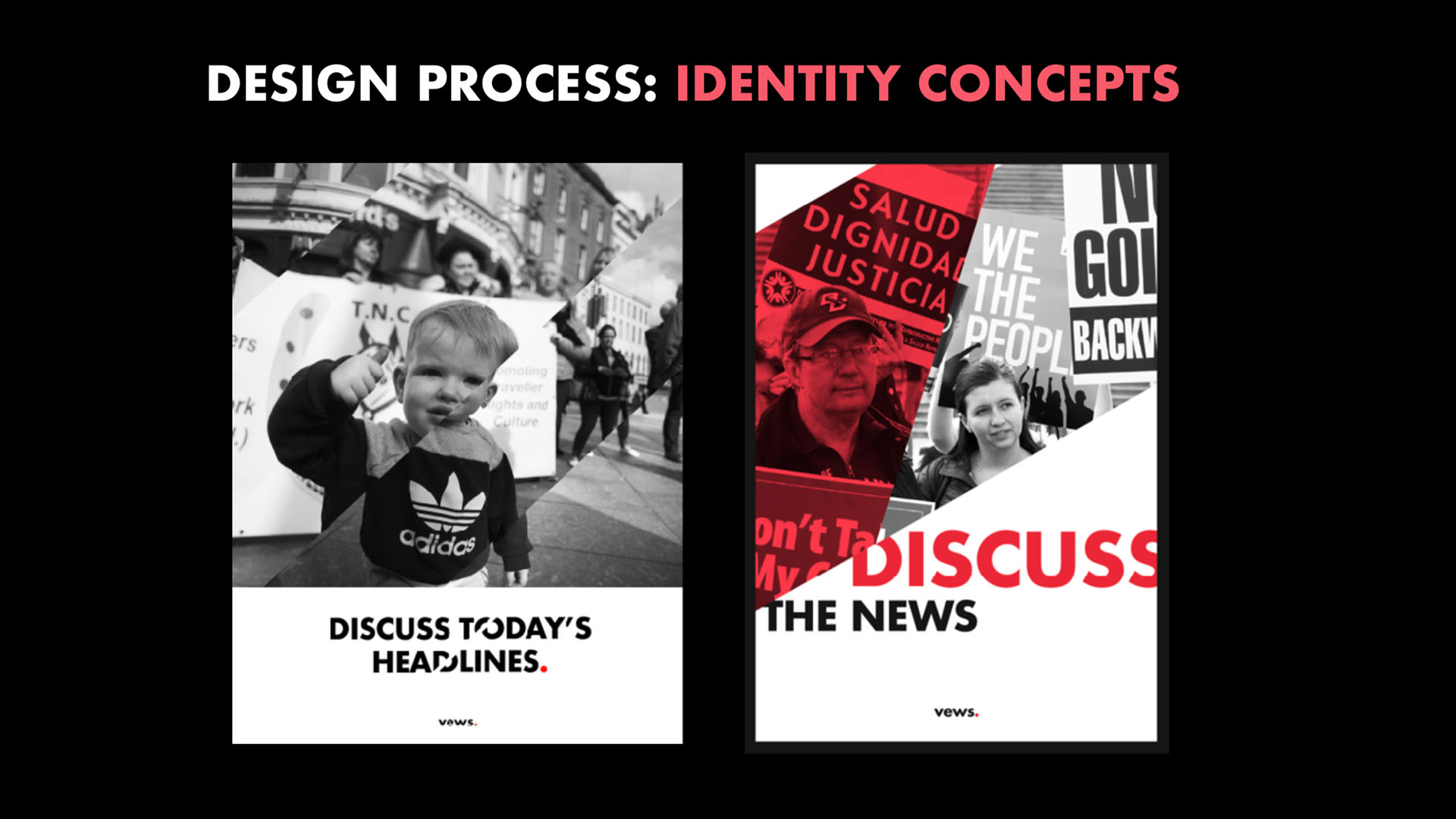 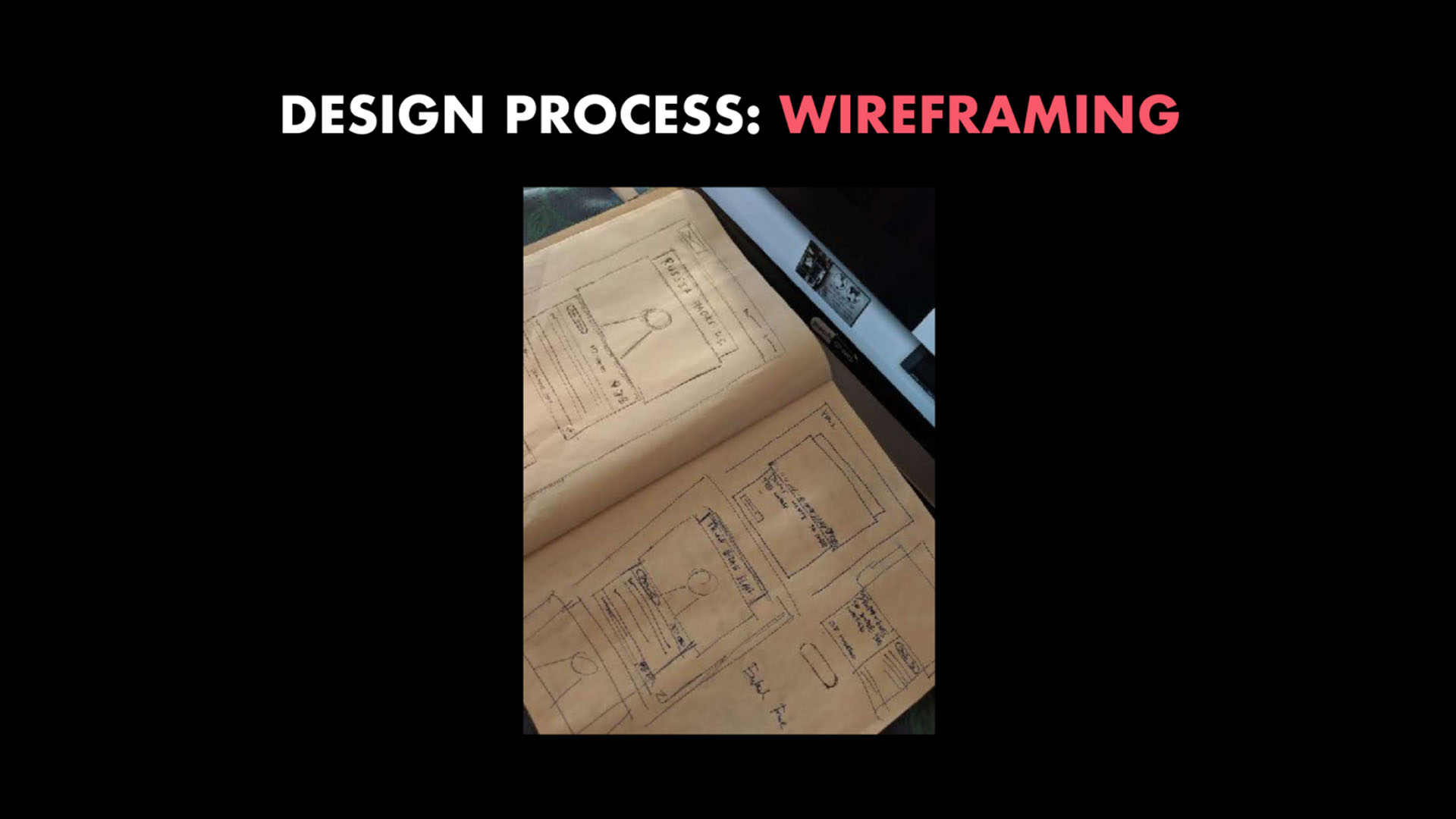 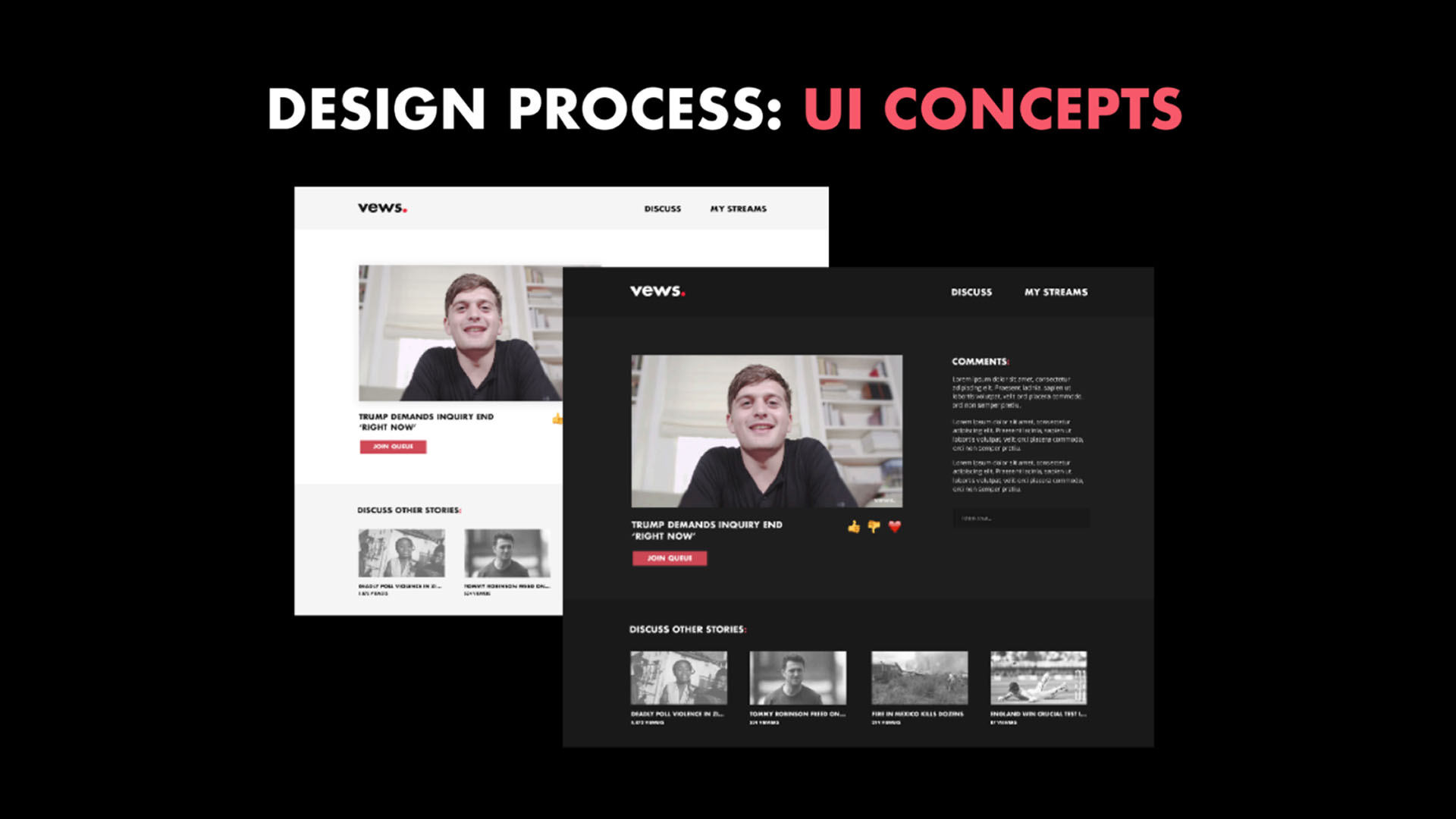 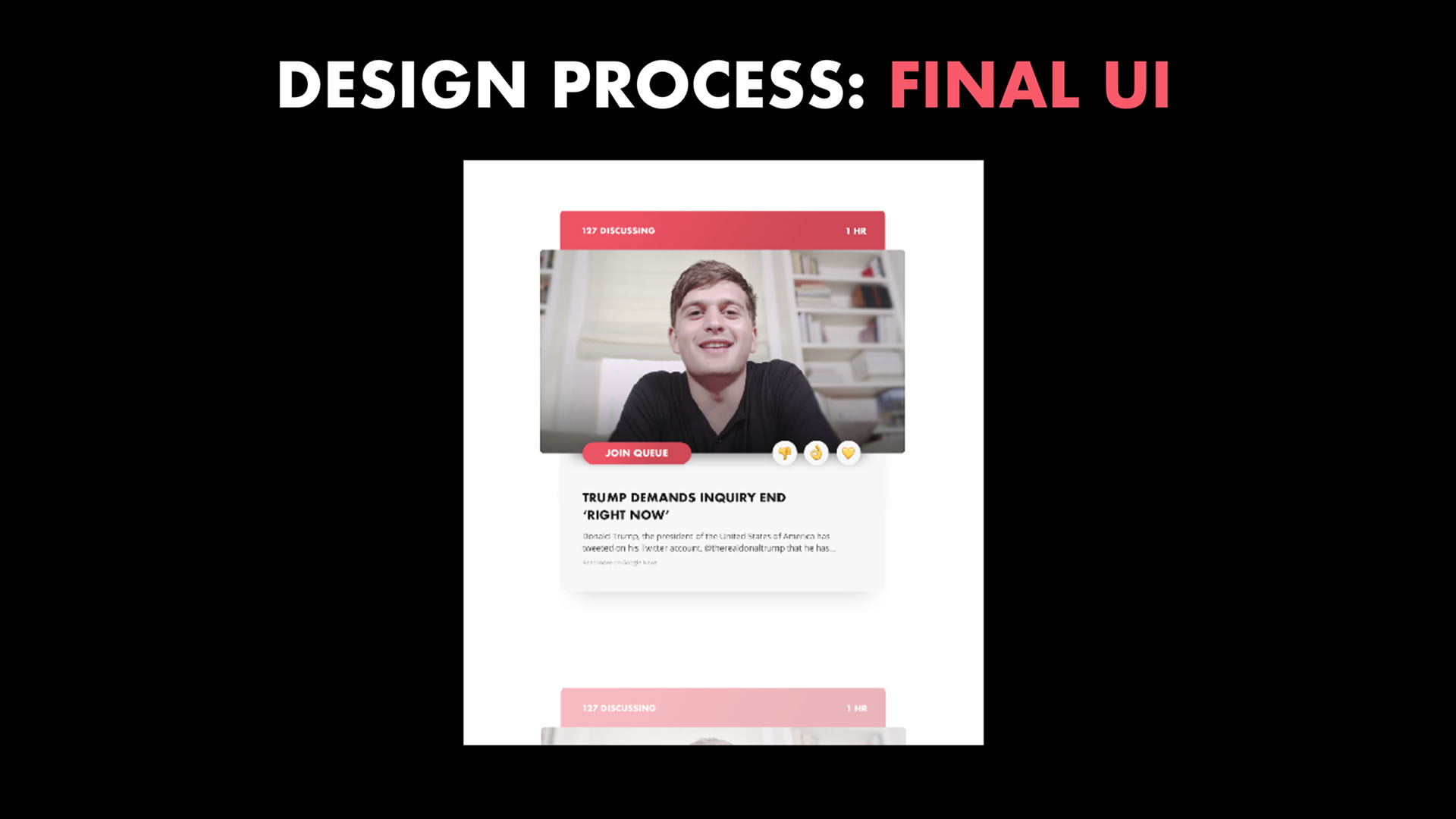